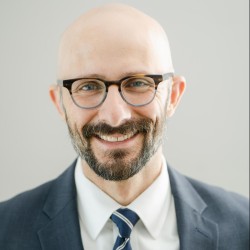 OCIA (The Order of Christian Initiation for Adults)

The Order of Christian Initiation for Adults

The Order of Christian Initiation for Adults (OCIA) is the process by which a person not yet full a member of the Catholic Church receives the Sacraments of Initiation: Baptism, Confirmation, and Eucharist. Those who have not received any of these sacraments are known as “catechumens,” while those who have received either only Baptism or Baptism and Eucharist are known as “candidates.” As practiced at the St. Thomas More Oratory at the University of Delaware, OCIA lasts the duration of the academic year, and is a process of growing in prayer and understanding of Catholic beliefs and practices, growing in virtue, and preparing to live as a son or daughter of God. Classes begin at the opening of the fall semester and culminate in the reception of the sacraments at the Easter Vigil (April 8, 2023). Following the Easter Vigil, those now fully received into the Catholic Church continue their formation in the period known as “mystagogy” (Greek for “interpretation of the mystery”), during which we continue to meet for the remaining four or five weeks of the semester.

Classes will meet on Wednesday evenings at 5:30, and will last until approximately 7:00. At the conclusion of our meeting time, we will pray Night Prayer together in the Chapel, which will last around ten minutes. During our meetings students will systematically and progressively study the teachings of the Catholic Church, especially as found in the Catechism of the Catholic Church, and prayerfully reflect on the readings for the upcoming Sunday’s Mass, which they are encouraged to attend.

William R. Hamant
In 2021, I joined the Oratory community as the Director of Campus Ministry and Catechesis, bringing with me years of experience communicating the Catholic faith as a college professor at DeSales University. My doctorate in Theology is from the Pontifical John Paul II Institute for Studies on Marriage and Family, where I wrote my dissertation on the theology of Joseph Ratzinger/Pope Emeritus Benedict XVI. My desire is to bring the best of the Catholic intellectual tradition to the University of Delaware Catholic community, so that we can better live as the generatio quaerentium eum quaerentium faciem Dei Iacob: the generation that seeks Him, that seeks the face of the God of Jacob (Ps. 23:6).